Archive for category Other skepticisms

Cannabis as Medicine: Not a Panacea but still Valuable

Posted by Jesse Thornton in Other skepticisms on July 7, 2015 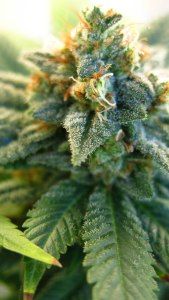 There are some very passionate supporters of weed out there.  It can cure cancer and relieve pain while freeing your mind.  You could be lead to believe that it is a cure all for nearly everything.  Its understandable that people are passionate about the topic when they do have very good and valid points in the face of a government that just doesn’t seem to get it.  The voice of support has to become louder and more impactful as the frustration mounts.  Believe me, the government gets it, but lobby groups have more power over rational discussion in American politics.  And cannabis certainly has a place in medicine, it just may not quite live up to the hyperbole…but it might.  We should have had a better idea of its medicinal value years ago, had those efforts not been hampered by the legal status of cannabis over the last century.  In this article, I’ll explore what the peer reviewed science currently has to say about the plant. END_OF_DOCUMENT_TOKEN_TO_BE_REPLACED

Posted by Jesse Thornton in Other skepticisms on April 25, 2014

Credit: The Art of Manliness

Over the last few years I’ve seen a great amount of fuss being made over the use of standing desks based on reports claiming that too much time spent sitting will kill you.  The idea, at least from a health standpoint, that if you have a desk job, you’re better off standing at your desk all day rather than sitting.  Doesn’t this new evidence contradict what we’ve always heard about the supposed health hazards present in jobs where standing all day is a requirement?  If we were to look at the average lifespan of an assembly line worker, do they live longer lives than the average population, provided they have not been exposed to other obvious work-place hazards such as asbestos?  I’m not even sure I can name someone I’ve met, myself included, who has had to stand all day at their job and didn’t wish they had a job where they could be sitting more often – because standing all day is painful. Who knew… END_OF_DOCUMENT_TOKEN_TO_BE_REPLACED